Remakes and Use it Ups

I've had some very industrious mornings in my stamp room.  While organizing my card stash I came across two cards I made quite a while ago, but never mailed because I was put off by their lumpiness.  I like dimension and texture, but I also like to avoid the lumps that can cause a card to get damaged in the mail.  Save that for square cards which are always hand cancelled here in the US.  Anyway... I decided to go ahead and remake them right then and there. 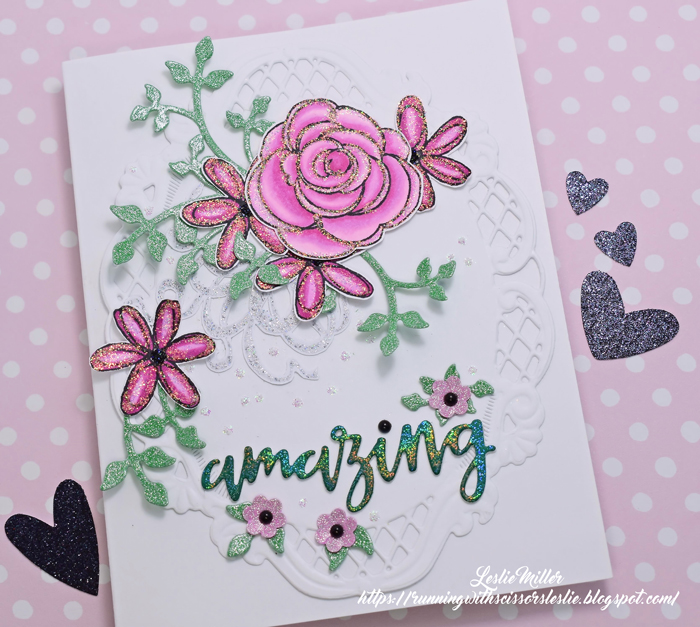 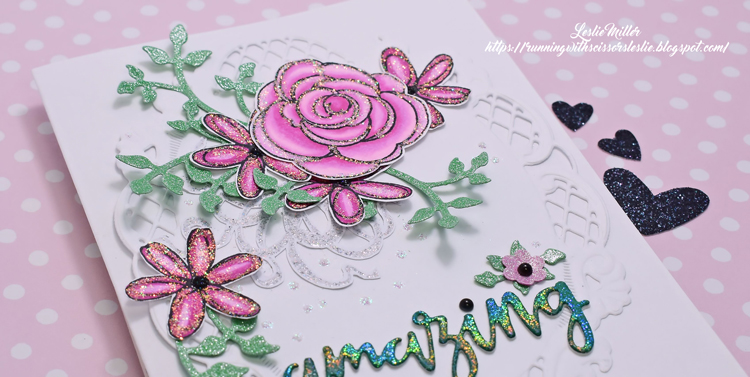 I'll keep my eyes and ears open for an opportunity to mail it.  It's very occasion-specific.  I had a need for it at the time, but I sent a whole different card instead.  See inside sentiment below: 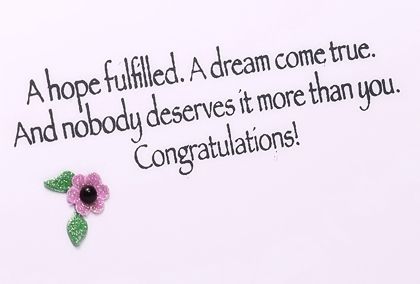 The next card is a thank you.  The original had a length of 3/4" black organdy ribbon wrapped around its middle and tied in a bulky bow at the side.  This was an easy fix; I replaced the bow with glitter hearts. 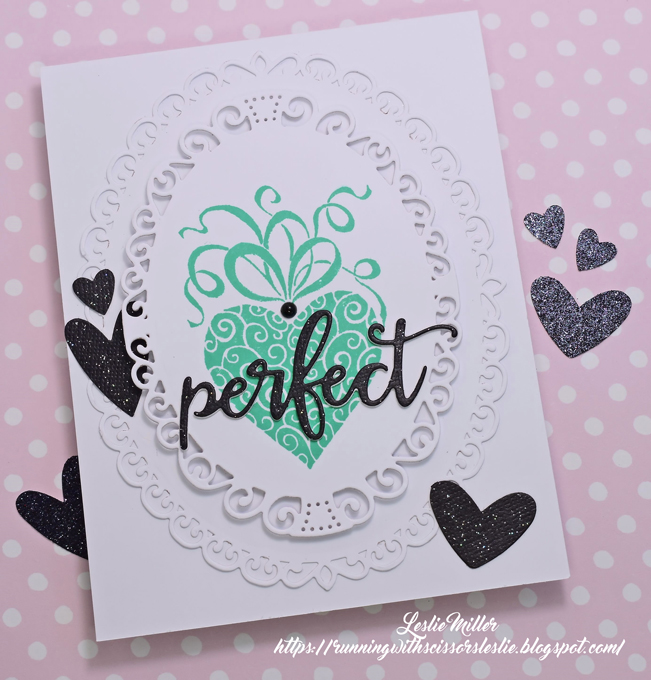 (Spellbinders Elegant Ovals, Verve Amazing Adjectives, SU punched hearts, old heart stamp which I believe I put in the purge pile after this)

The green ink is SU's retired Glorious Green which I seldom use, but find I like it more now than I did in the past. 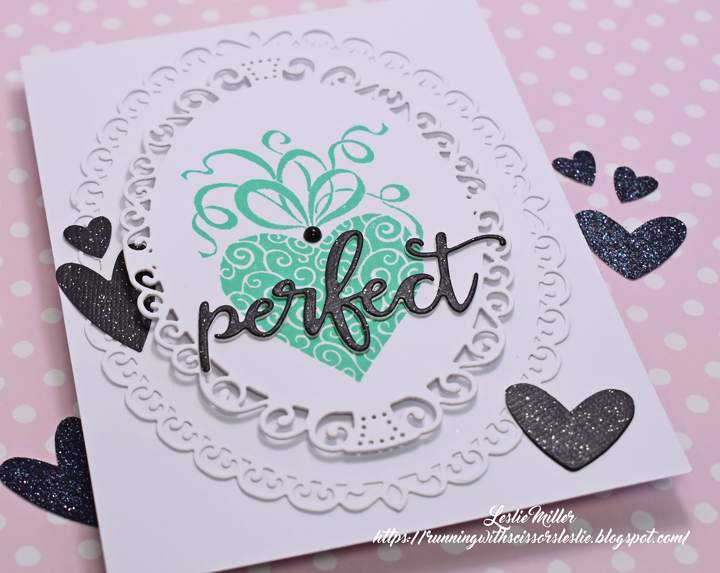 None of the above was very time consuming, so I made some "use it ups", too.  I felt it was time to use up the last of my Prima Fairy Flora paper which I bought when it was brand new in 2010.  I've loved it well and still do.  I prepared 11 card fronts for future use with enough scraps left over for decorating the insides or die cutting small things.  I could have gotten more cards out of those scraps, but 11 is enough. 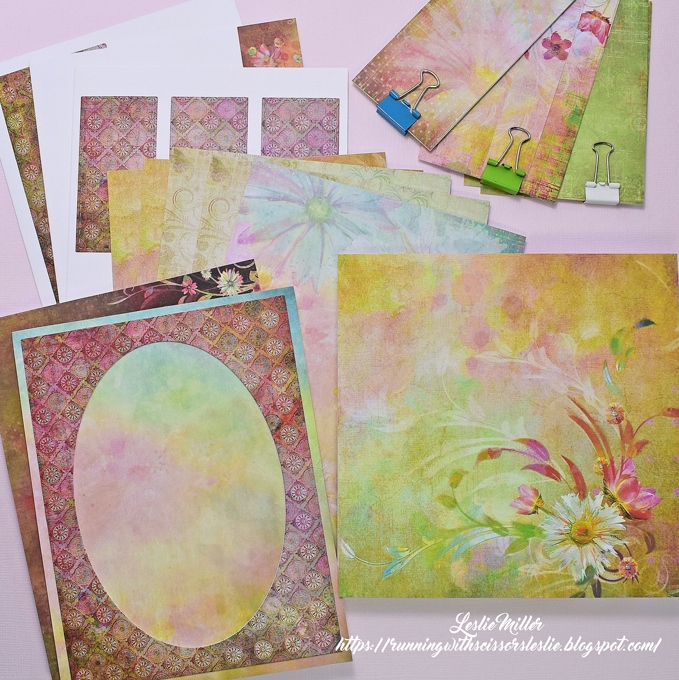 It's been beautiful weather this week and I've been out in the garden a lot, but I'm so far ahead with my stamping I'll probably be back again before you notice I was gone.  Have a happy day!

Delightful and so pretty, thanks for commenting while I am away. We are having a lovely time away and it was nice to just have a play now and again to relax while having an extremely busy days...hugs..
[aussie aNNie blog] ♥ ♥

Way to save those cards, Leslie - they are amazing. And, oh my gosh, eleven "use it up" cards. Way to go!! I have never even come close to finishing up a stack of paper. Oh, that's not true - I actually finished up a Christmas pad once. Anyway - congrats:)

Leslie, you are right I am struggling to imagine an unattractive butterfly but that doesn't matter because I love the final results of both cards. We all have to be mindful of those extra thick cards, they sometimes just grow and grow :)

Well I love your remakes of the cards They are gorgeous and will be easy to send now. And, it is hard to believe a butterfly could not be gorgeous but I will take your word for it.

Two beautiful remakes with more of a CAS style. Loved all your backgrounds, etc for future cards that you made out of gorgeous DSP, Leslie. TFS Hugs.Nancy

How fun Leslie! I need to do this organizing too. I have to go through bins of cards to find the right card for the occasion. I don't think about it because, out of sight out of mind. ugh Both of your cards are so pretty with just enough white space! How cool to make 11 cardbases ahead like this! How handy to have ready to go! I love that sparkly word amazing! Fits the card for sure!

I really like how you redid your cards. I think that is why I don't put a lot of bulk in my cards as most of them I mail oiut to friends and family. I can't believe that any butterfly you made was unattractive. Ilike the glitter paper as well. That is one of my favorites. And 11 cards - what a stash you must have! Good for you. I too am torn between being outside after a nasty winter but rain is coming for a few days so I must get into the craft room to make Rachel's birthday card next week.

Both beautiful redone cards -thats the trouble when posting when hand delivering I go to town ---everything goes on lol.Love the embossing pwd on the die-cut word also the hearts and frames on the second ---wow 11 cards fronts ready.
Carol x

Wow! Sparkle, sparkle. Love it. I can't imagine an unattractive butterfly, but I'll take your word for it. LOL! Beautiful cards. I'm sure your Prima Fairy Flora paper fronts will be great.

You are so inspiring, Leslie! If I cover the airfare, will you come down here and get after my half-dones? Please! You are so tremendously organized and it leaves me in awe since I respect that so much! You have turned your two "what was I thinking?" cards into really beautiful ETM delights!! Hugs, Darnell

Well I can't imagine an 'unattractive' butterfly, but I'm glad you decided to 'remake' the cards, because these are both beautiful. Love all the sparkle and oval lattice die on the first and the second one the black glittered hearts are perfect. I know what you mean about bulky bows, I seldom use 3/4" ribbon for that reason, it's a shame though as I have so much of it. Good for you for being proactive at getting 11 card fronts done. I think we all need to have a little bit of you in our craft rooms to help get us organized! I have this paper pack too, but have a hard time parting with it. I just need to bite the bullet and use it up! We are in for another few days of rain, only nice day is Saturday, rain tonight, tomorrow and Sunday. Enjoy your beautiful weather, it's so nice to be out in the gardens and enjoy nature's beauty. Thanks Leslie for sharing today, hugs,

I don't think there is such thing as you making a bad card but since I didn't see the originals I can't say but you sure did work them out ok in the end, I love the sparkle on the first, great colors in the sentiment, going to be a great lift me up card! Pretty stamp, love all the frilly ribbon on the stamp. Great framing of it all.
It looks like we have some pretty cards on the way with your scrap collection!

Gorgeous cards, Leslie. I love the glitter in the first one and your amazing is ahhamazing. Beautiful die cuts in both cards.

I love how you remade your cards, they turned out great! Any time you can save a card it is a very good thing. Sorry to be so late to comment, I had painters climbing all over the house yesterday. Have a lovely weekend...it's raining like crazy here this morning but hoping for sunshine tomorrow!

Fabulous remakes but I can't imagine you having to remake a card as I have never seen anything but gorgeous cards coming from you...sometimes we are too hard on ourselves I think, at least I know I am!! I am 'guilty' of using lots of ribbon and as long as I don;t have to mail a lot of them at once I am okay with it, but boy do they ever cost to mail one card anymore, kind of shocking...but you have inspired me as I have two cards sitting here waiting for a 'redo! Have a great weekend, we are to get snow Saturday night, and my Spring flowers are blooming their little heads off...UGH!!

Your remakes sure are pretty! I love them both.

Well Yay for you!! I'm sure they looked beautiful before because the remakes sure do!

wonderful cards and good remakes - BIG GRIN. LOVE those papers. I so rarely use purchased decorated papers, but I do have an n for them. Have a great day

O My gorgeous cards Leslie, they look stunning and bet your really happy with them.
Pam x

We must be on the same wavelength because I just went through my cards and remade a couple that needed something! Sometimes I think my stamp room should be renamed Card Rehab because I seem to do a lot of that, I really like your ideas and remakes with less bulk, Leslie!! The glitter hearts are so smart and now you can send ot your hearts content!! I never would have thought to do some frames and save just enough for diecuts...will be looking forward to seeing what you create with those!! Have a weekend!!

I bet the butterfly wasn't that bad, but I do like the flowers you replaced it with and the sparkles. This is springy and cheerful and a reason to mail it will come I am sure. Great idea to redo cards you had sitting there. I just need cards to be sitting here or at least time to stamp. ha! Our weather just started to turn nice again two weeks ago thankfully. Baseball is still chilly but we are gonna have 80 degrees here soon.